We couldn’t be more confident that the Telechron 1F312 clock we just purchased off ebay is the right accessory for the Quarry School. This model was widely used in schools beginning in the 1930s, and an eastern classroom photo from 1955 shows one reading 10:41 a.m.

Although we do not have a photo of the clock that hung in the western classroom, its shadow can still be seen on an untreated wall (bottom photo).

We’ve located our “new” clock on the wall opposite its original location because it suits our current-day use of the room, however, when the school was in use, students were always seated with their left shoulders to the windows (this put natural light on the desktops of right-handed students), and the clock would have been visible to them on the western wall.

Does anyone remember watching this style of clock?

As you can see from the to-do list on the original blackboards, our renovation’s not yet complete. 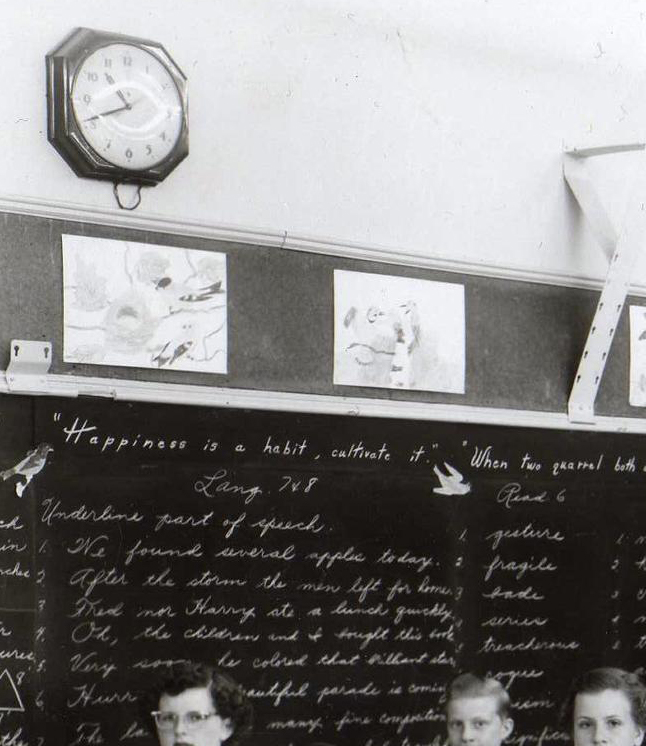 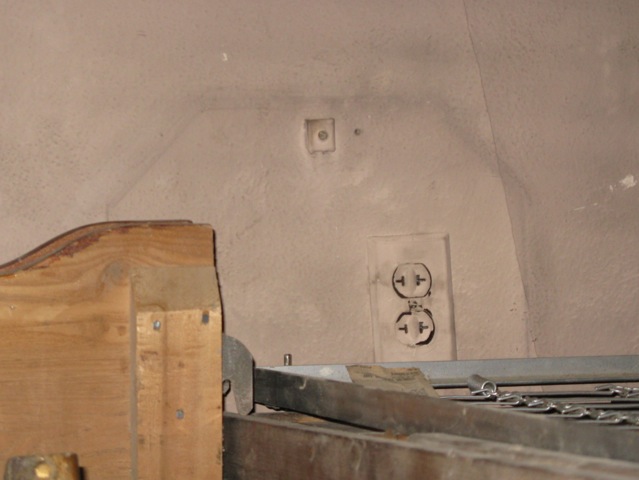 On September 10, 2011, cousins and former Quarry School students Annie (Lipuma) Voigt and Jim Lipuma took a trip down memory lane and through the old schoolhouse. Jim’s brother Jerry and sister Jeanette also attended Q.S., as did cousins Johnny, Beverly, and Sammy. Jim’s dad, John, was a foreman at Waukesha Lime & Stone during the 1950s. The family lived directly across the street from the school and was the first to have indoor running water. Annie’s family lived in one of the houses north of the school.

Jim attended Q.S. from 1950 until 1956 or ’57. Hearing this, and having been born in 1955, I assumed we hadn’t met, but Jim assured me we had. He remembers infant me clasping his finger. Some 55 years later, I pulled his finger in a hilarious reenactment.

Many thanks to Jim’s wife, Linda, for taking and sharing photos and for showing interest in our reminiscing about the way things used to be. ~ Joy Buslaff

Amongst those attending their 40th high school reunion in 2011, two Quarry Elementary alums could be found. Here are Chris Baumgartner (Kott) and Jerry Sallman. Thanks for sharing the photo, Chris.

Click the HW logo to view our landscape channel